The biggest difference is the pulseEKKO PRO’s flexible design with different transmitters, receivers, antennas, and control units  This means that the pulseEKKO PRO has the ability to do more advanced GPR methods that require different configurations such as a CMP or transillumination survey, which require independently movable antennas. The pulseEKKO PRO can be configured into different assemblies such as the One-Man System, the SmartCart, the Borehole System, the Hand Towed System, or the TR1000 Transducer System. 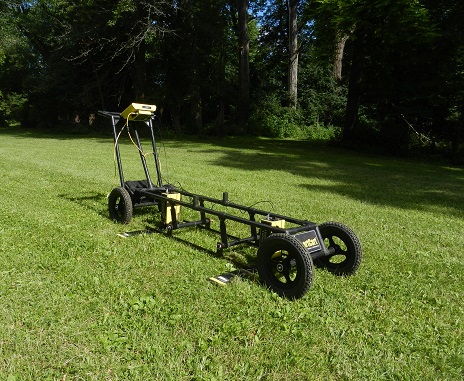 pulseEKKO PRO verses Noggin: pulseEKKO PRO SmartCart With 100 MHz Antennas. The picture makes the cart appear longer than it is.

On the other hand, the Noggin is a complete GPR unit with fewer modifications available. Its all in one design allows it to maneuver more easily in adverse conditions. This decreases survey time and makes the speed of the Noggin an asset. 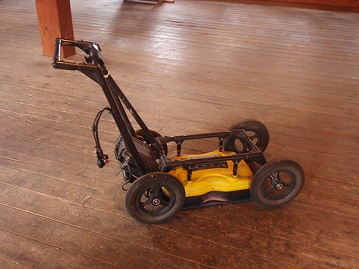 In essence, the pulseEKKO PRO’s configuration can be changed allowing it to be used in more different types of applications. The Noggins configuration is simpler making it more rugged and compact for higher production rates, when it can used. All in all, both the pulseEKKO PRO and the Noggin are great instruments depending on the application needed.

View all posts by gprtrainingcourses →
Can I find a GPR target directly below another target?