You are here: Home › Can I use GPR to detect coins?
By gprtrainingcourses on May 5, 2013 in GPR Training Articles Posts

Can I use GPR to detect coins?

This is a common question! The answer is, it depends. In most instances, individual coins are too small to be detected.  Often, there is not enough of a GPR signal reflected from the object because the station intervals are too large or the frequency of the antenna is too low to detect the coin. This is less likely the case, if you have a large bag of coins. 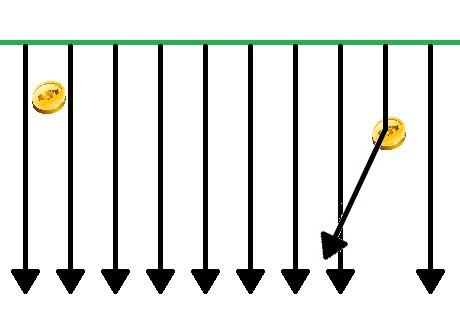 If a coin is shallow, orientated horizontally, and in a homogenous soil that is conducive to GPR, a coin could be detected with a high frequency 1000 MHz GPR system. However, these conditions rarely occur. Often coins, are angled such that a GPR signal bounces away from the receiver rather than back to it.

Furthermore, a homogenous subsurface can be difficult to find. For instance, let’s say you use high frequency GPR on a beach.  Small pebbles and stones buried in the sand could be hard to discern from a coin or other small objects.

In essence, if this blogger could find St. Gauden Gold Double Eagles with GPR, he would be out searching for gold; he’d be treasure hunting. GPR is not usually a  practical approach for detecting coins, unless you have a big stash. GPR to detect coins in a box or pouch or can is more likely and option than using GPR to detect a coin.

View all posts by gprtrainingcourses →
Can I find a GPR target directly below another target?
GPR Survey Time can be Estimated